The Mansion at Coldeast, situated between Southampton and Fareham, is a stunning new wedding venue. We conceived the shoot to showcase its potential to couples looking for a location for their dream wedding. It took place in late April and is featured in the September/October edition of Your Hampsire and Dorset Wedding.

Our inspiration was the traditional English wedding, influenced by contemporary royalty. The overall look is one of understated, timeless elegance.

All of the floral arrangements were white, accented by fresh green foliage. This was accompanied by crisp white table linen and timeless wedding stationery hand-written by a professional calligrapher. Sydney, our bride for the day, also enjoyed pouring a champagne fountain and relaxing on a swing in the gardens at the end of the shoot.

The venue, thanks to its pale, natural stonework, provided a beautiful backdrop and plenty of natural light to showcase a mikado satin dress, with a detachable cuff – the Duchy gown, by British bridal couture designer Lyn Ashworth.

Tip: Press the first image to view a high-resolution version, then advance to the next photo using the arrow icons on screen or your keyboard. 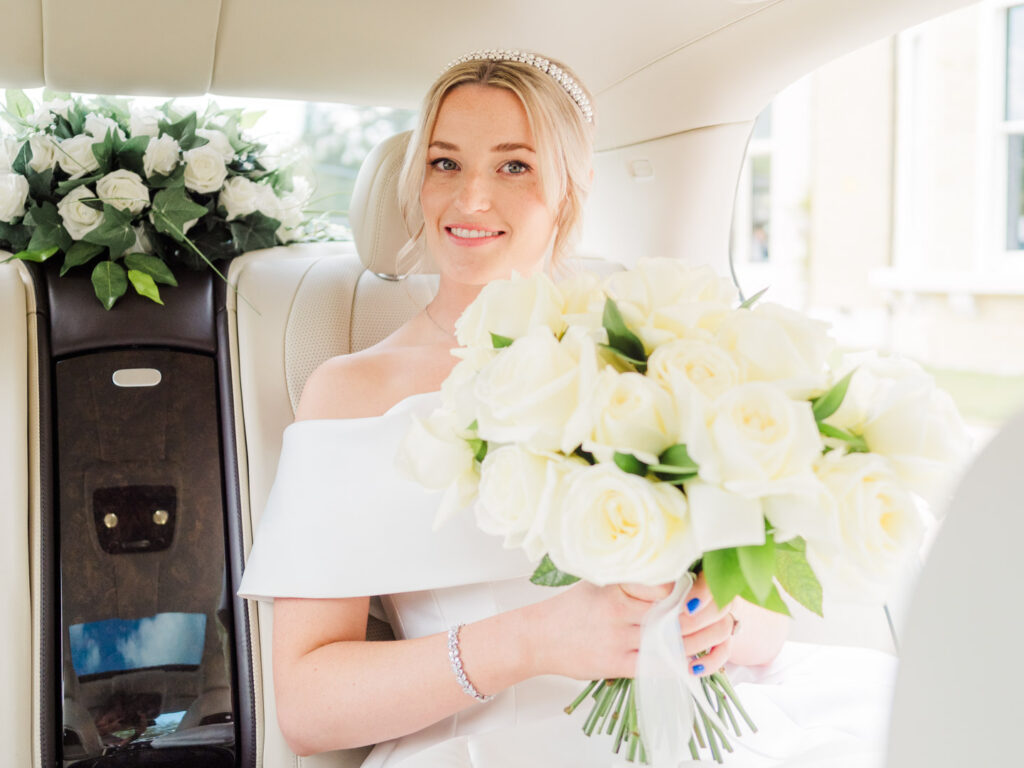 Venue: The Mansion at Coldeast

If you’re planning your wedding, or you know someone who is, find out about what I offer as a photographer.

This website uses cookies to improve your experience while you navigate through the website. Out of these, the cookies that are categorized as necessary are stored on your browser as they are essential for the working of basic functionalities of the website. We also use third-party cookies that help us analyze and understand how you use this website. These cookies will be stored in your browser only with your consent. You also have the option to opt-out of these cookies. But opting out of some of these cookies may affect your browsing experience.
Necessary Always Enabled
Necessary cookies are absolutely essential for the website to function properly. These cookies ensure basic functionalities and security features of the website, anonymously.
Functional
Functional cookies help to perform certain functionalities like sharing the content of the website on social media platforms, collect feedbacks, and other third-party features.
Performance
Performance cookies are used to understand and analyze the key performance indexes of the website which helps in delivering a better user experience for the visitors.
Analytics
Analytical cookies are used to understand how visitors interact with the website. These cookies help provide information on metrics the number of visitors, bounce rate, traffic source, etc.
Advertisement
Advertisement cookies are used to provide visitors with relevant ads and marketing campaigns. These cookies track visitors across websites and collect information to provide customized ads.
Others
Other uncategorized cookies are those that are being analyzed and have not been classified into a category as yet.
SAVE & ACCEPT
Powered by